Frederick Towns joined Remine after several turbulent years for the company, and six months after it was acquired by a group of MLS.

Six months after a consortium of Multiple Listing Services (MLS) joined forces to acquire it, real estate technology company Remine announced Monday that it has appointed Frederick Towns to serve as its new CEO.

Townes comes to Remine – which produces the MLS platform and software – with a long technical background. Immediately prior to joining the company, he held the position of Product Manager for academic communications company Ready Education. He also previously served as co-founder and CTO of real estate tech startup NestReady, co-founder and COO of real estate marketing firm Placester, and CTO of media company Mashable.

In a conversation with Inman, Townes described joining Remine as a “dream come true” and said he was particularly drawn to the fact that MLSs, not venture capital firms, own the company.

“They are strategic in that they are in it for the long term,” he said. “When I talked to them about growing the company, they had a deep understanding of what brokers and agents needed.”

Townes also said he plans to focus on growing the company and building its relationship with its customers.

“We desperately want to redefine what excellence in MLS technology is,” he said.

Remine was first launched in 2015, and today it offers modules that allow Realtor and MLS associations to access public data, research tools, and manage transactions, among other things. The company’s client base consists of nearly 60 industry organizations that collectively represent 1.2 million real estate professionals.

However, over the years Remine has made a number of headlines due to its stumbles. In 2020, for example, an investigation by Inman found what was described as a toxic work environment, in which leaders at the company use explicit language and refer to drugs, among other exploits. The company also went through multiple rounds of layoffs between 2019 and 2020. It has faced questions, and pulled some features, about its use of MLS data.

Finally last fall, a group of MLSs formed a company called MLS Technologies Holdings LLC to acquire Remine and replace then-CEO Mark Schacknies. The move also prompted the search for a new CEO, which eventually led to the hiring of Towns.

Inman asked Townes about reports on Remine’s past work culture and layoffs, and whether his role now was to reorient the company after a turbulent dismissal. Townes said that after he had just joined the company, he couldn’t talk about previous issues that had occurred before he joined Remine. But, he added, during the recruitment process, he did not see “any yellow or red signs that made me anxious.”

“Everyone I’ve spoken to at the organization is just focused on turning the page,” he added. “I don’t see anyone really focusing on the past just yet.”

Inman also asked Townes about the gender distribution of Remin employees. He did not have specific information on this point, but noted that “anyone would agree that diversity is a good thing in all its forms.” Townes also said he hopes to increase the diversity of Remine’s employees organically as he finds people who are passionate about the company’s mission.

Remine is also currently involved in a lawsuit from pre-acquisition investors of MLS Technologies who want to cash out their shares. Towns said he could not comment on the legal process in this case.

In any case, Townes said he sees major challenges in real estate technology include agent connectivity, data quality and research, among other things — and he wants to make sure Remine excels in these areas. He also said his tenure will include identifying areas where Remine does not excel, and eliminating those parts of the company’s offerings. He did not provide specific examples of features that Remine might choose to drop. 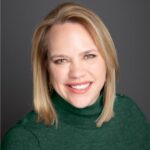 Remin’s current leadership has also expressed enthusiasm about Townes’ hiring. In a statement, Emily Chenevert, president of MLS Technology, described Townes’ arrival as “the beginning of a new chapter for Remine.”

“Frederick’s impressive background in technology and technology companies in all stages of growth, combined with his deep product knowledge and go-to-market strategies, make him the ideal leader to build MLS into the future with Remine’s superior platform and technology,” Chenevert added.