The Kansas Reflector welcomes submissions from writers who share our goal of broadening the conversation about how public policies affect the daily lives of people in our state. David Jordan is president of the Hutchinson-based United Methodist Health Ministry Fund.

Health care is vital to our communities, but our ability to maintain the workforce needed to adequately deliver that care is under pressure. In this two-part series, we look at current and emerging challenges and how Kansans are looking ahead to develop innovative solutions and ensure health care for future generations.

As we plan for the future, we must consider how external factors will affect the demand for workers, who we recruit for the health care workforce, where and how they will be trained, how technology will affect the delivery of care, and where providers will need to be located. 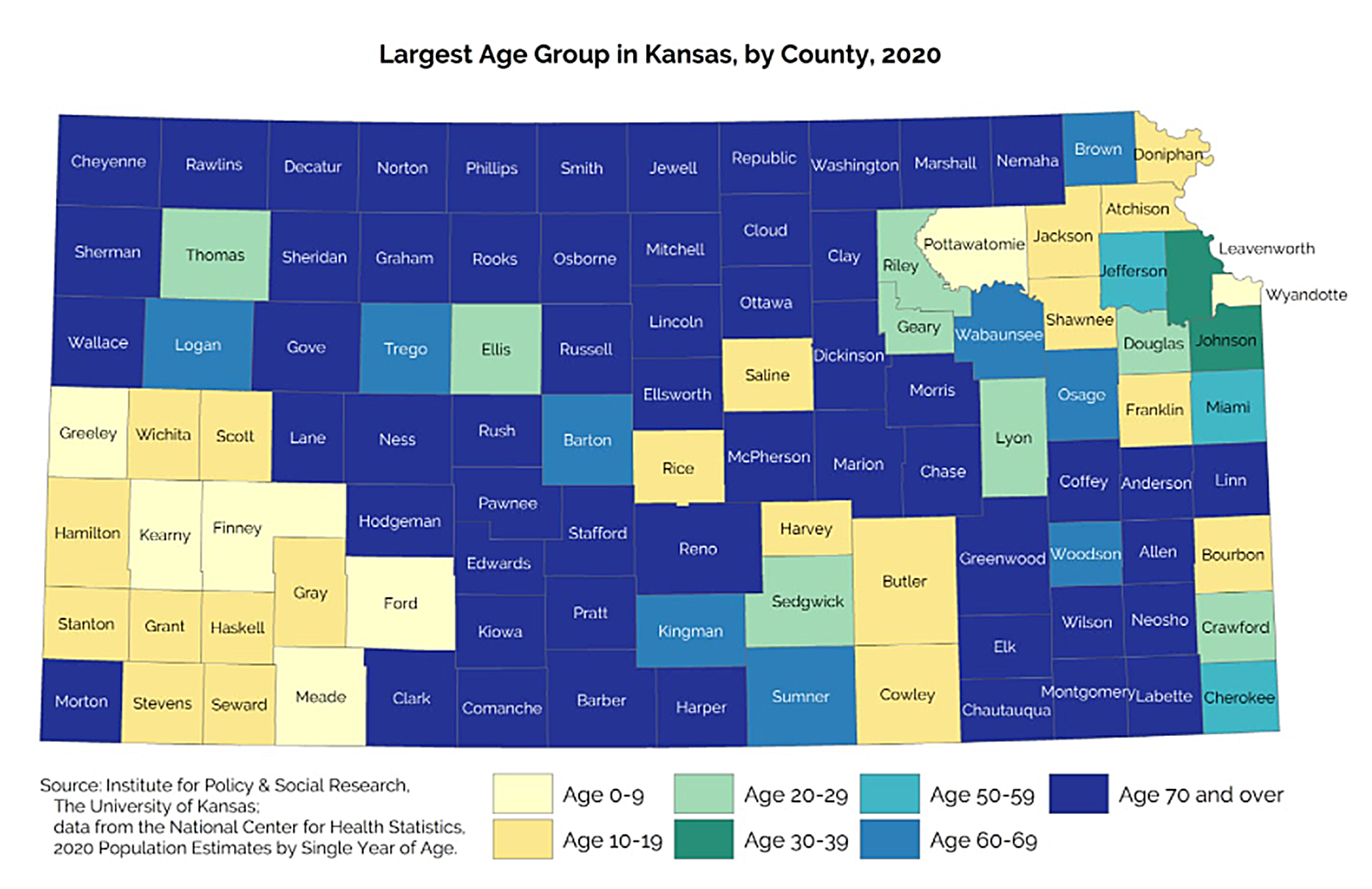 At the same time, over the past 20 years, Kansas’ population has become more diverse, a trend that is expected to continue. A 52.5% increase in the minority population (any group other than non-Hispanic whites) generated the only population growth in Kansas this century.

COVID-19 has exacerbated an already insufficient supply of providers

Before COVID-19, many counties in Kansas no longer had enough health care professionals. As the Kansas Department of Health and Environment figures below show, the majority are considered Health Professional Shortage Areas (HPSAs) for both primary and mental health — lacking the health professionals needed to meet health care needs care of the population. 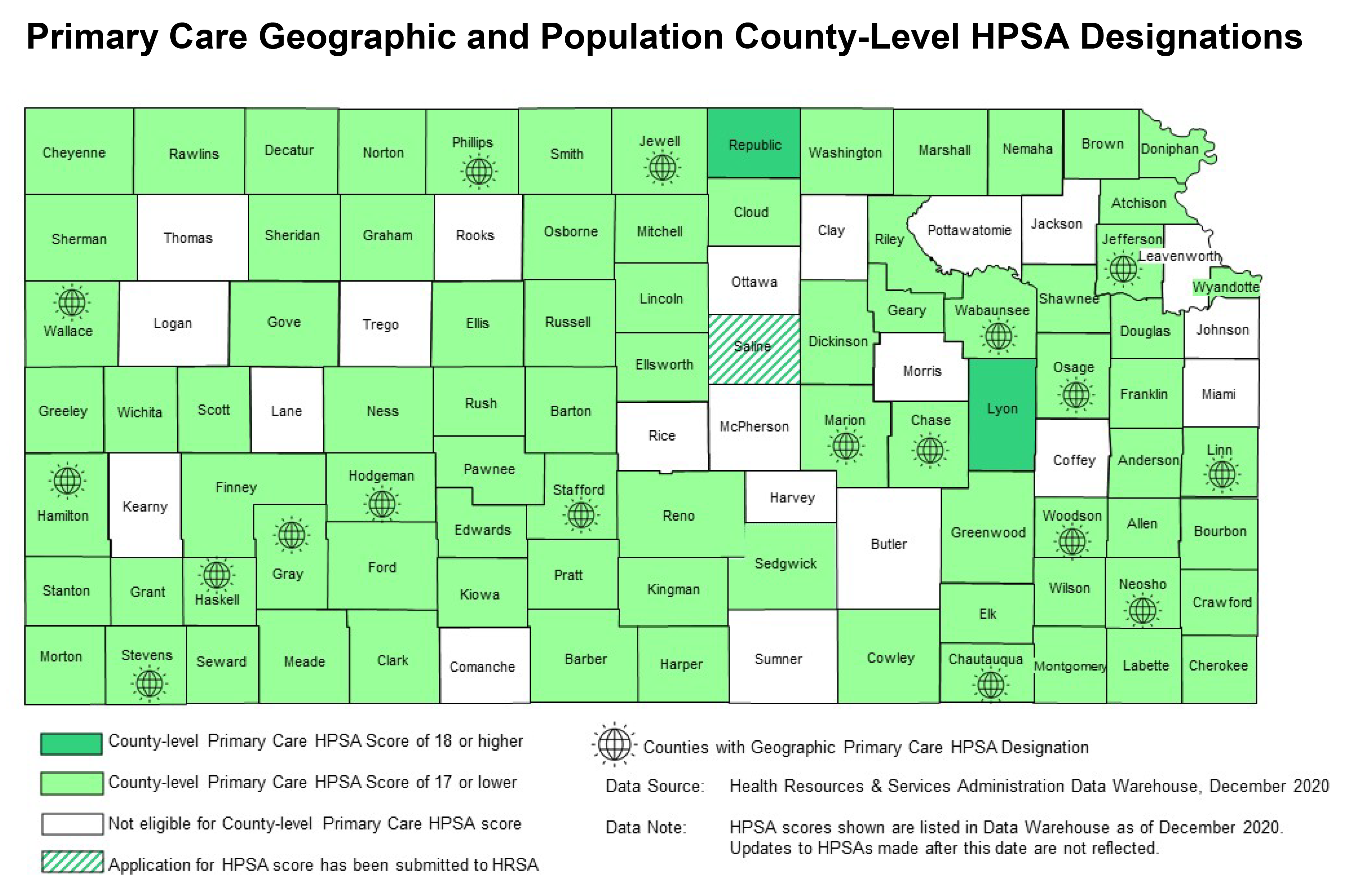 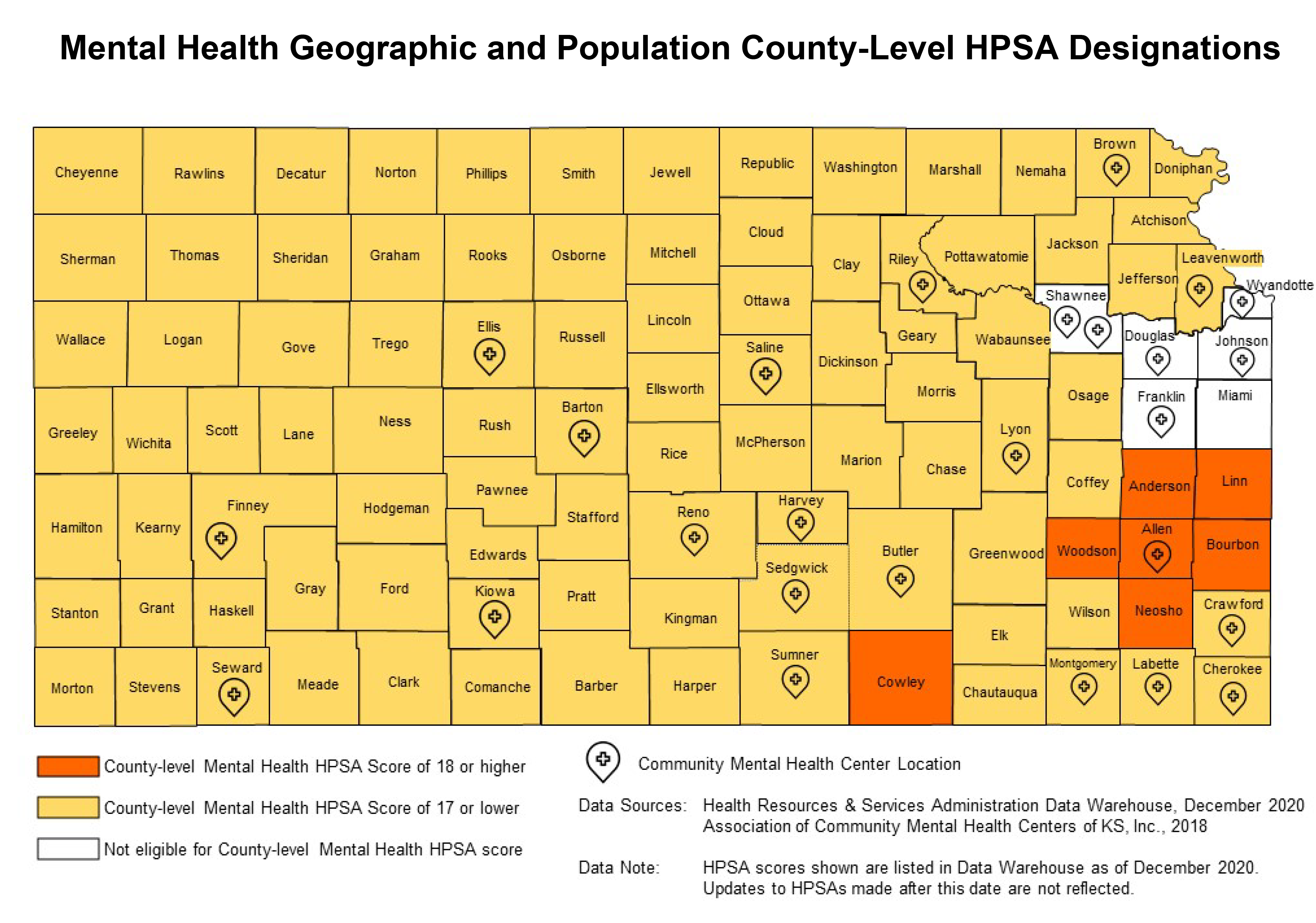 COVID-19 has exacerbated the existing workforce challenge. In a 2021 KFF report, 3 in 10 healthcare workers said they had considered leaving healthcare because of the pandemic. Earlier this year, McKinsey and Company reported that 32% of RNs surveyed in November 2021 said they might leave in the next year.

Retiring providers will create additional pressure – a Kansas Health Institute brief shows that in 2020, nearly 4 in 10 (39.2%) of primary care providers in Kansas were over the age of 55, with some regions reached almost half (45.2% in southwest Kansas and 42.5% in southeast Kansas).

Kansas is one of 12 states that has not expanded Medicaid, as evidenced by our stagnant uninsured rate. According to KHI, as the national uninsured rate drops to 8.6 percent in 2021, Kansas’ rate remains at 9.2 percent. It was the first time in decades that our uninsured rate exceeded the national average. The difference in 2021 primarily reflects Kansas’ higher uninsured rate than the U.S. among working-age adults.

Historically, rural uninsured rates are among the highest in Kansas. There are also significant differences among Kansas residents by race and ethnicity. Those who identify as Hispanic or black are more likely to be uninsured in Kansas than in the United States. In Kansas, uninsured rates were 20.3% for Hispanic residents and 14.1% for black or African-American residents, compared to 17.7% and 9.6% US averages, respectively.

Before the implementation of the Affordable Care Act, Kansas boasted a better uninsured rate than the national average, but now it is lagging behind. 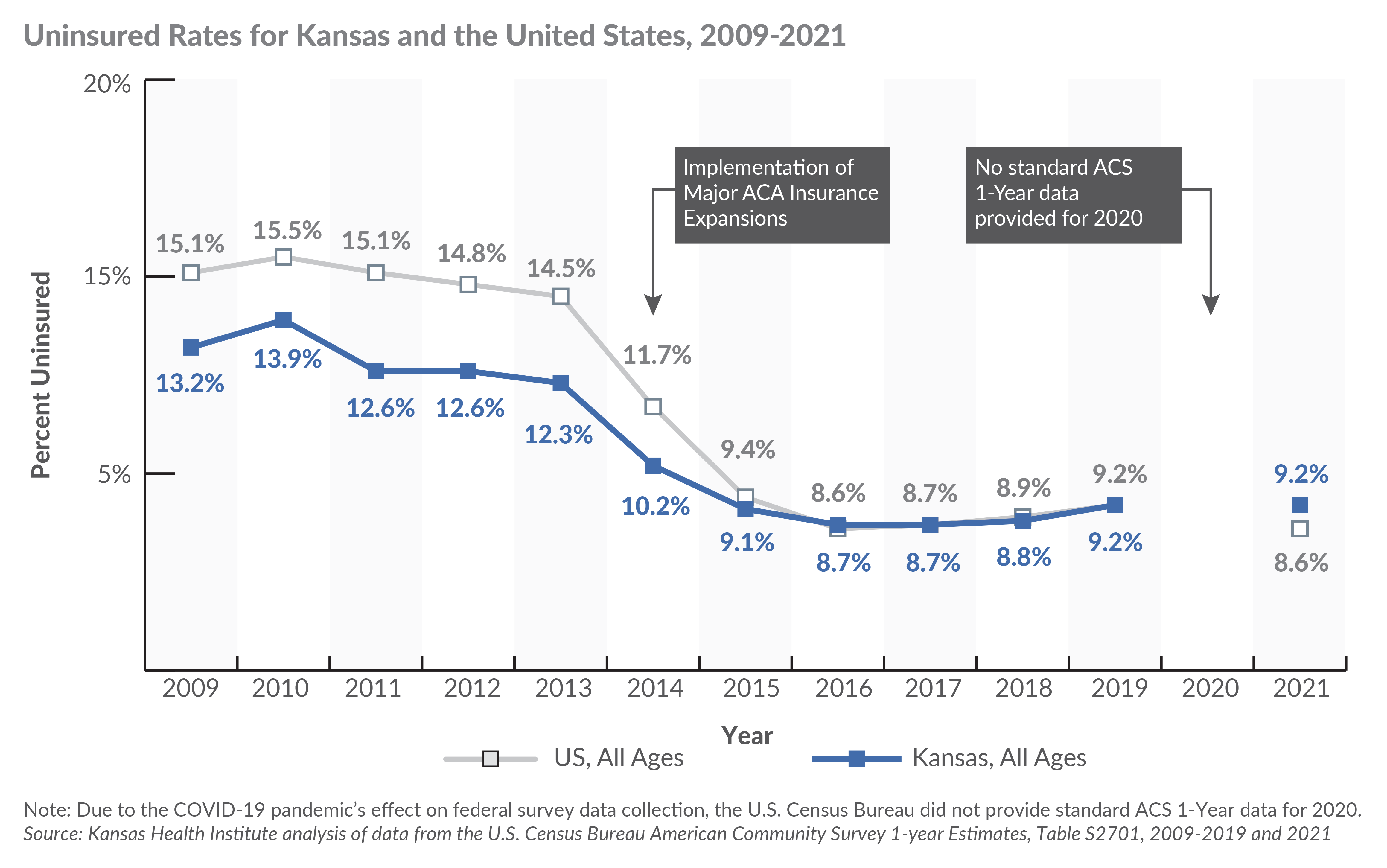 In addition to higher than national average uninsured rates, the failure to expand Medicaid negatively affects hospital finances and leads to more uncompensated care. In fact, 44.3% of uncompensated care at critical access hospitals in Kansas could be eliminated through Medicaid expansion. Because Kansas has not expanded Medicaid, we have more financially vulnerable hospitals than any other state.

High uninsured rates and financial instability make us less competitive in recruiting providers than neighboring states that have expanded Medicaid.

In part two of this series, we’ll move beyond the challenges and explore how Kansans are collaborating to develop innovative solutions. To learn more, visit https://communityconversationsks.com.

Through its opinion section, the Kansas Reflector works to amplify the voices of people who are affected by public policies or excluded from public debate. Find information, including how to submit your own comment, here.