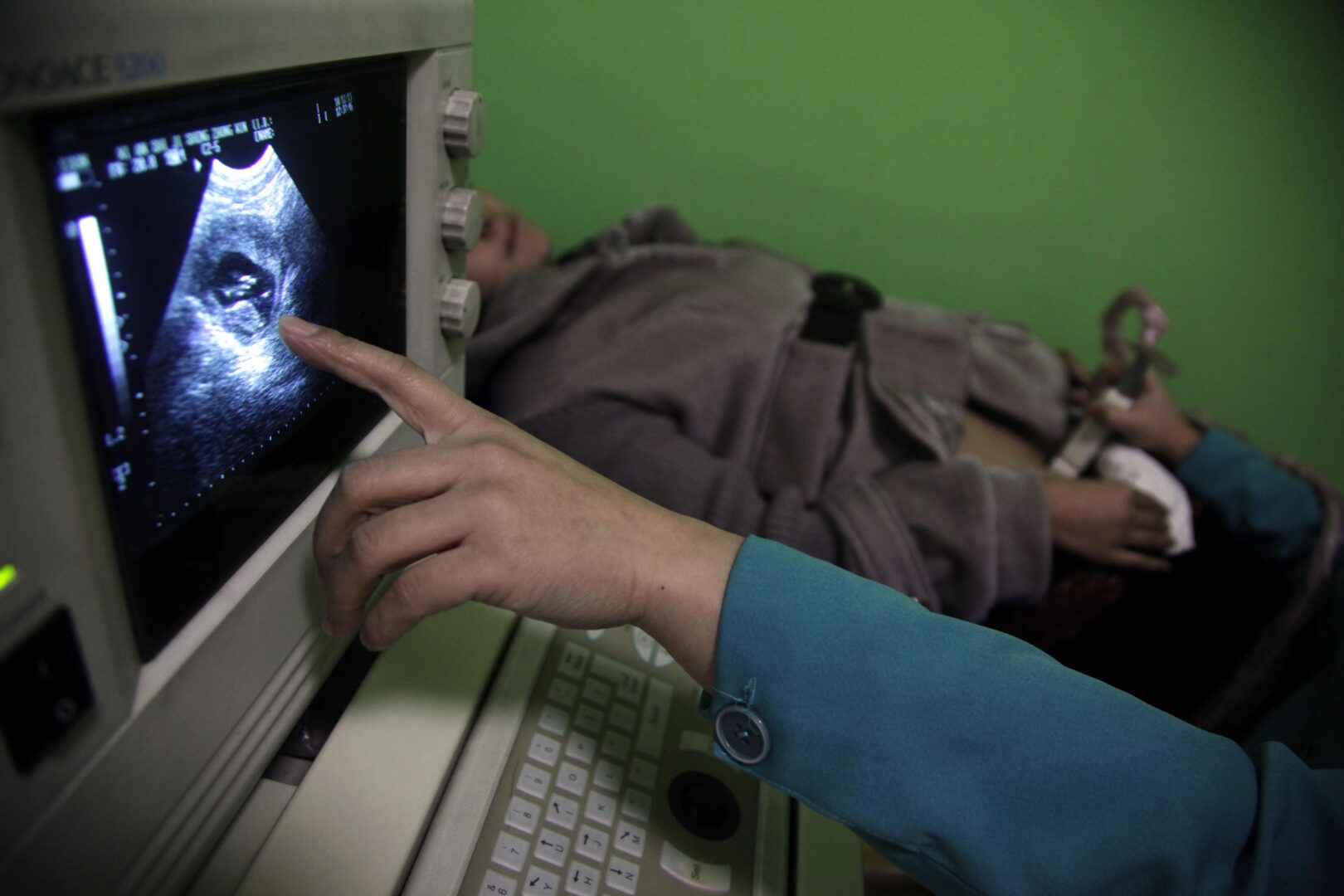 In this photo taken Monday, Dec. 13, 2010, a nurse points to an image of a three-month-old fetus during a sonogram for “Nancy” Yin at a clinic run by Marie Stopes International in Xi’an in central China’s Shanxi province. Although comprehensive data is hard to come by, official figures show abortions are on the rise, and Chinese media and experts say many, if not most, of those seeking abortion are young, single women.

State health officials are encouraging pregnant women to get tested for syphilis. The guidance comes as the number of children born with syphilis, which can be passed from parent to child during pregnancy, has reached its highest level since 1990.

According to the Pennsylvania Department of Health, 36 cases of congenital syphilis have been reported so far in 2022; two-thirds of those cases were found in Philadelphia.

The total is six times the number reported nationwide between 2013 and 2017 and coincides with a rise in syphilis rates in newborns over the past decade. Earlier this year, the Centers for Disease Control and Prevention found that between 2011 and 2020, nationwide incidence of syphilis in newborns increased from 3.3 cases per 100,000 live births to 10.4 cases.

“It’s a condition that’s alarming, that can cause miscarriages and fetal death or lifelong problems for the child, and it’s completely preventable,” said Pennsylvania Chief Medical Officer Dennis Johnson.

Infections in infants can also cause brain or nerve problems, low birth weight, and bone deformities.

Johnson said repeated testing is key to prevention. Ministry of Health guidance states that pregnant women should be screened at their first antenatal visit, as well as during the third trimester and delivery.

Once diagnosed, syphilis is easily treated with antibiotics, Johnson added. This can prevent serious complications during pregnancy.

Johnson emphasized that all people — not just those who are pregnant — should take steps to prevent the spread of sexually transmitted infections. Syphilis rates continue to rise among women of childbearing age, jumping from 29 in 2010 to 211 in 2021, according to Johnson.

While health officials have not yet identified the cause of the spike, they say certain groups are at higher risk of contracting it. This includes those people who are incarcerated, homeless, and without health insurance.

DOH says babies who have congenital syphilis should be treated immediatelyeither by an antibiotic injection or for several days in hospital.