Robin Tillotson considers travel the ultimate guru, so when she learned there were a few international group travel opportunities for women over 50, this native of Chicago became a student of the world and started organizing the trips herself.

Tillotson started her travel agency, This I Do For Me, in 2015 as a part-time venture and has since taken travelers to every continent except Antarctica. In 2019, she started reaching more women with “This I Do For Me: Over 50, Black and Fabulous!” Podcast, which celebrates the outstanding achievements of everyday black women.

Ahead of group trips to Africa and Mexico this fall — her first since the pandemic began — Tillotson discussed the untapped potential of the black travel market, the need for self-care and empowerment, and the joy of building a community miles from home.

This interview has been edited and condensed for clarity.

How did the idea of ​​organizing travel experiences for women aged 50 and over come about?

I told a friend that I was trying to figure out what I want to do when I retire, and he said, “Oh, Robin, that’s easy—it’s travel and culture.” So I gave myself a year to do research, and in that time, I couldn’t find any other companies that work specifically with women over 50 around international travel. The companies were generally traveling with women, but most of these companies were geared toward women in their twenties and thirties.

This I do for me is more than a title – it’s a mission statement. What’s the story behind that?

My father passed away when I was seven, so we were then my mother’s only responsibility. And like most mothers who spend a lot of time looking after their children, she has sacrificed. Oftentimes, my mother – like many mothers – would put off many things they needed for themselves, or even some of their dreams. So one day, my mother bought a bag, and she showed me and my brother, “Now this, I’m doing it for me.” I couldn’t have been more than 10 or 11 at the time, but that always stuck with me. Years later, when I was considering naming my business, given the mission, it came up automatically.

Black travelers – especially black women – can face unique challenges when visiting foreign places. How have your experiences been and how have things changed since your first trip abroad?

There is something in our culture that generates societal connection. I have a friend who is a digital nomad in Albania, and when African Americans see each other, they stop and talk, while you wouldn’t necessarily do so in the US.

Over the past seven years, I’ve led countless small group trips to destinations around the world. A highlight of the itineraries planned for 2022 and 2023 is a tour of Ghana. What makes this trip so special?

We’ve been to North Africa before, but this is our first trip to West Africa. If any of the black travelers did test their DNA, many of them would likely find that their roots are related if not Ghana, then somewhere in that region. West Africa is where the transatlantic slave trade began, and as a result, most of my travelers have a connection to this region. 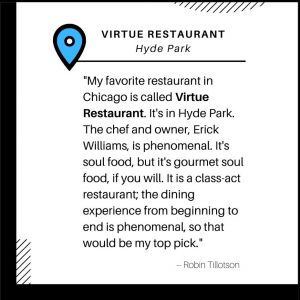 How does your podcast complement the other work you do with women over 50?

The goal of the podcast is to expose its audience to the awesome things that African-American women over 50 are doing. Last fall, for example, I interviewed a woman who, at 76, had started an event planning business. I mean, who does that? So it’s just a reminder to everyone of the great contributions that black women make.

How would you describe the impact of the I Do for Me program on members of its community?

When we travel, I often retreat from the group and watch the women interact. They were great women in the beginning, but you can see the growth, even during the flight, because there is just something about travel. When they come back, they are so grateful, because they know they are a different person as a result.