Bristol – The spring of 2021 saw the Mount Abraham softball team and the combined boys’ lacrosse team with Virgin reach the semi-finals, the baseball team won a first-round game after winning 10 regular season games, and the track and field program qualified. D-II Championship with two pairs reaching the podium.

It’s safe to say that expectations are high again in 2022.

The Eagle softball program has had a lot of success in recent years, winning the D-II title in 2017, 2018 and 2019 before COVID-19 in 2020 and finishing meltdown in the semi-finals at home last spring.

Coach Don McCormick said a few things will be important to a return to glory for a team he indicated brought back 90% of their players last year.

McCormick would like to see the Eagles earn a top-four rating and therefore their field in the first three rounds. The support of hundreds of family and friends has certainly helped boost the Eagles’ access to those finals over the years.

Doing that, he said, the team must focus every time.

“We should all be on the same page during the games,” McCormick said.

Another issue, a 2021 defense not up to the program’s high standards, is expected to resolve itself.

McCormick said the Eagles had their first year off the field in 2021, and he expects a tighter defense this spring with more spice.

“We have to improve our defense, for sure. We gave a lot of teams a lot of rounds last year,” he said. “We’re definitely a better defensive team than we’ve shown, and already this spring we’re looking even better.”

This will help the team to be loaded with good shooting and shooting. On the hill, juniors Eve McCormick, Payton Vincent and Cammy Welsey are top contenders.

“We honestly have three B-plus shooters,” McCormick said. “A lot of D-II schools can’t say that.”

Behind the board, Wilsey tops the depth chart which also includes Isabella Powell, junior Gabe Lavrinier and sophomore Joanna Tui, all of whom will start somewhere in the lineup.

“I feel really good about our approach to pitching and catching,” McCormick said.

Round the field, junior Natalie Chase back at first base, second freshman Madeline Hayden at second base, junior Lucy Parker at shortstop, and Vincent at third base. McCormick can go up the hill to play first, junior Dakota Larrock can play second base or off the field, and Wilsey can take third if Vincent moves up the hill.

Toy and Powell in center and Lafreniere are the top candidates on the field, with Alyssa Whitcombe, junior Patricia McNerney, Brian Preston LaRock and sophomore Sarah Heath all too.

Will the Eagles beat well enough to achieve the program’s goal of competing for another crown?

“I’m not worried about insulting us,” McCormick said.

Entering his 41st spring at Mount Abbey, coach Jeff Stetson is always upbeat about his baseball team, especially this year, when half a dozen seniors who helped propel his team’s Eagles to a 10-win season return in 2021.

“This group of adults are a good group of baseball players and they are really excited kids,” Stetson said. “We have a great leadership core.”

Neil Gay is the initiator of the shortstop and a member of what Stetson envisioned as a powerful spinner of the monument; Adam Mansfield is the #1 player on the hill and will play in base and third ground; Tanner Harris will likely start hunting. Carter Monks gets a nod at first and will be relieved; Ethan Thompson will alternate catcher, Outfield and DH; Owen Bromley will be back up at first base.

Stetson said the spinning course will be for juniors Chance Deniker and Gus Hill, while Thompson and junior Caleb Russell are able to lighten up.

“I have four players that I can pitch to, and then I feel good about two more,” Stetson said.

Denecker is likely to start second and Hill third when not on the hill, with young Reiss Hendee ready to step in in second and Russell available in third as well as first. Good Tanner Castillo Guy will spell out the short when he’s on the hill, and rookies Aidan Harris and Ben Marcum can see the time at first base.

Castillo. youngsters Lucas Grover, Norm Benoit and Bradley Wells; Mansfield and Thompson, they are all in the mix on the field.

Offensively, Stetson sees the Eagles as more of a hitter than a chopper

“I think we will hit the ball hard and get the teams to play a role,” he said.

After scoring 10 wins for the first time a few years ago, Stetson wouldn’t rule out racing the program’s first D-II title since 2016 and sixth since 2000. After all these years, he even points out that the technology has finally made its way to the north end of the Mt. Abbey campus.

“They have high expectations of themselves, they feel like everyone we play, we’re going to give them a match,” he said. “He was excited. We even have a scoreboard this year.”

With the return of nearly a dozen athletes who qualified to compete in either the 2021 D-II Outdoor or the 2022 Indoor Winter Championships, as well as a number of promising young participants, Mount Abbey track and field coaches, Eva Friend and Kat Hughes, have been looking forward to this spring.

“We are very excited to welcome these kids here,” said a friend.

She thinks some vultures will take it to the next level.

“We hope to see more athletes in New England this year,” Friend said. “I think it’s very possible to see a lot of our athletes from the states to New England.”

Qualifiers from 2021 include seniors Noah Engvall and Abigail Johnson in the 800m, Alex Yaghi in the 100, junior Olivia Divino in the pole vault, junior Robbie Jane Hall in the 300 hurdles, and Darling in the 200.

Indoor qualifiers include Yaghi in the shot put, rookie Dustin Lavigne in the hurdles, and new sprinter Kayla Friend. 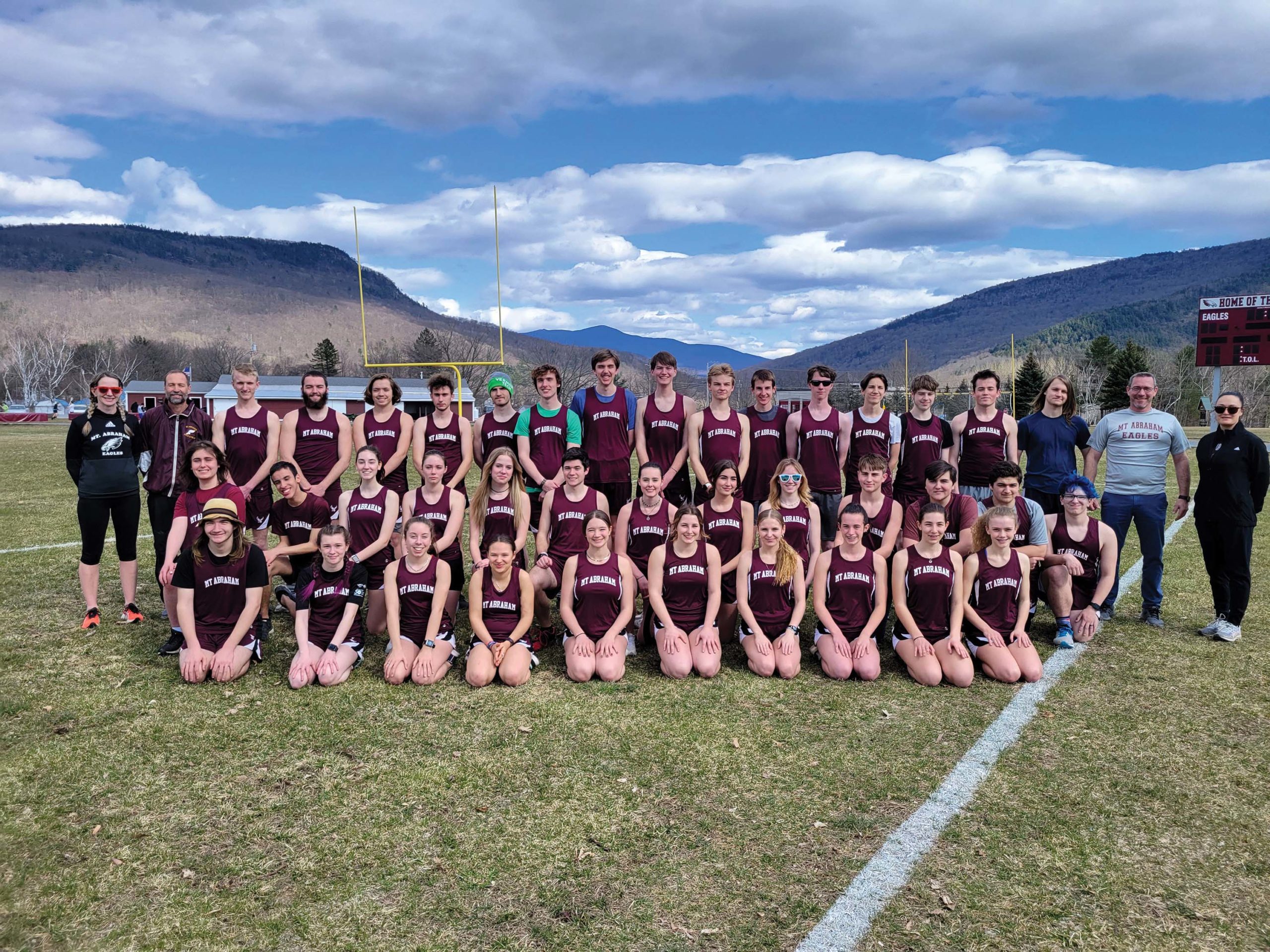 Hughes noted that a number of newcomers are concerned about hurdles, which makes this discipline a strong point for the team: “We’ve got some brand-new hurdles, and this year we’ve also had some comebacks.”

Hughes and Friend also expect to break through some of the younger contestants, including freshman Lauren Cousino as well as sophomores Grace Orvis and Luke Meyer, particularly with the help of seasoned mentors.

“We have some great up-and-coming runners, and we are excited to see how they perform. And they are very self-motivated.” Hughes said. “They are happy to be here, and all the older athletes have welcomed them, which is something we love to see.”

“There are some good times out there,” Hughes said.

In 2021, the boys’ lacrosse team at Mount Abe took the D-III title, but in the semifinals was unable to make a late lead at Green Mountain Valley, where they lost by a goal.

“We did an amazing job last year,” said coach Ed Cook. “We’re out of fitness.”

This result means a focus on conditioning this spring, especially without much depth this season.

“That’s a huge focus at this point in the season, on getting our kids fit,” Cook said. “We have a light slate, so we have to get really fit.”

The team also has a difficult D-II schedule, a number of key players graduated, and main defender Carmelo Messili lost to injury.

Cook had been considering meticulously rebuilding the season until the Eagles moved the ball well and scored 14 goals in a melee at Burlington.

“I switched from a completely rebuilding mindset, to being able to win some games and be competitive,” he said.

Graduation has hit the program more aggressively in defense and somewhat in midfield, and Cook anticipates a learning curve this spring. 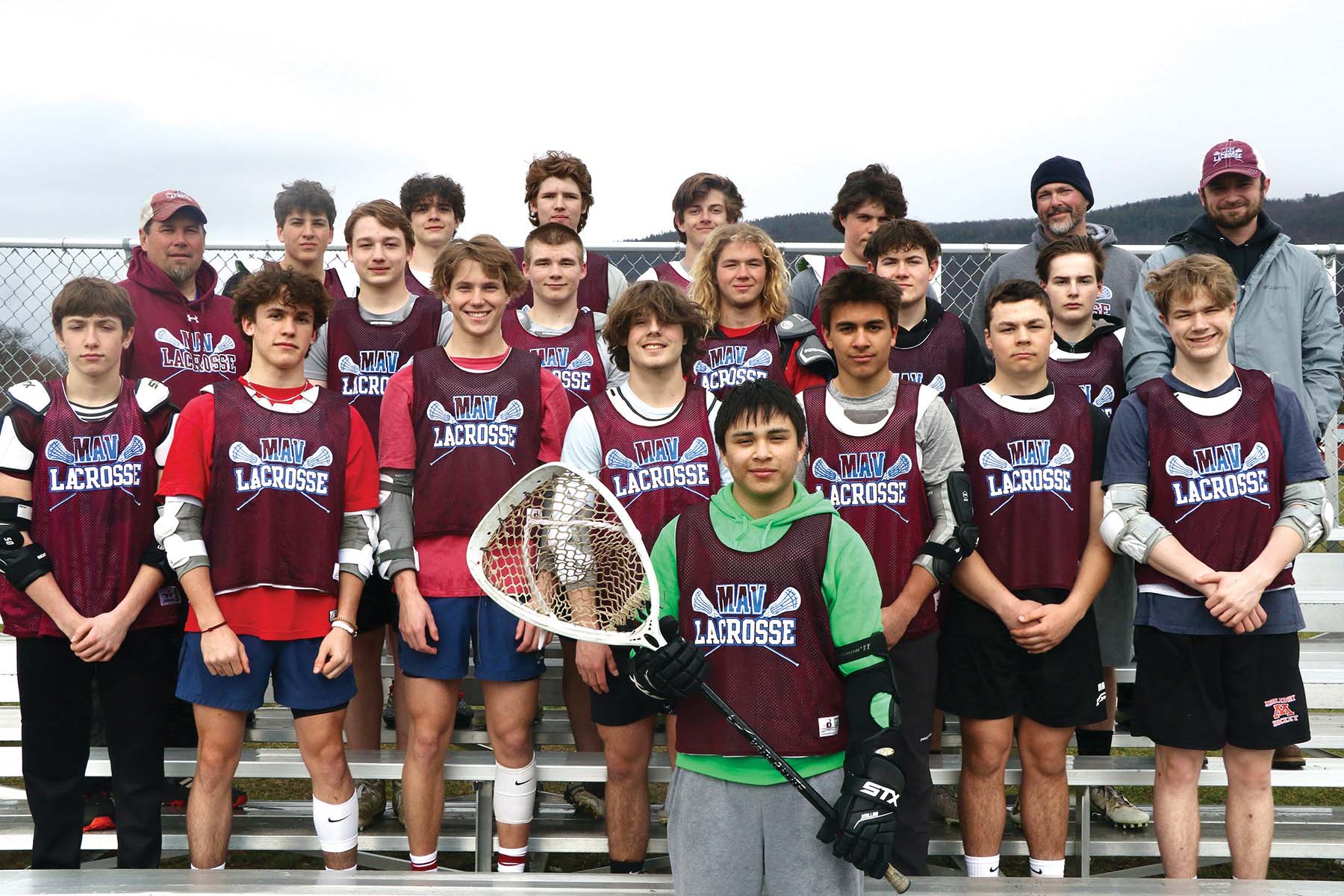 “Our defense is still a work in progress,” he said. “We’ll fight first.”

Senior Taylor Stearns will cement his midfield, including by serving as a specialist facing the Eagles. Senior Bill Lyons; sophomores Jake Kadar, Finley, Sawyer Leonard, Samuel Mangini and Andrew Nolan; Freshmen Chase Atkins, Lorenzo Atocha and Jonah Howell are all in the middle of the field.

Seniors Colin Dubois and Creed Stilwell are considered long-stick intermediaries or potential defensive players, and Jed Edwards could also start from the back. Cook also expects sophomores Benjamin MacDonald and Jordan Schroeder to be defensive staples.

Student Connor Meacham will take over the goalie, and another student, Moises Otero, has volunteered to serve as his backup.

Cook said the challenging schedule should prepare the Eagles for their D-III games, but no matter how things go this year, he believes the future is bright, especially with the youth program now established in Bristol.

“We have a young team,” he said. “We’ll have some pain growing up, we’ll deal with lumps and bumps, but for the next couple of years we’ll be back to where we were last year.”