It might look a little different this spring, as the stars of track, baseball and lacrosse graduate, although there are reasons for long-term and short-term optimism for all or both of these programs.

And it looks like softball continues to climb as reinforcements arrive to supplement a strong core.

What are you looking for?

Coach Travis Scribner thinks the Commodore softball team can advance in the D-III this spring thanks to a veteran core, deeper share and young talent.

“I am excited for this year because we have the depth. We have a veteran presence,” Scribner said.

Older Sierra Bertrand is back after being in college from her freshman year while working as a broadcaster over the years. This season, she’ll be sharing the hill with promising student Savannah Blaise. “We’ve gotten pretty deep this year,” Scribner said.

Another veteran, Felicia Poirier, can stand out in the rubbers, but she primarily brings a strong racket and defense as a first. Bertrand could fill the place there if Pourier made a shot.

Senior Kaitlyn Little is back behind the board, with little Samantha Hallock in reserve.

Scribner plans for Bertrand and Blaise to share a second primary job, and Audrey Timbriol, like Poirier, is a multi-year starter. Junior Madison Perkins, sophomore Massey Forges and freshman Rory Couture back up on center court.

Jasmine Little excelled on left field in 2021, but has captured third place this season, with freshman Katie LaBerge available there if needed. Our ground is going to be solid, Scribner said.

Scribner plans to deploy Laberge in left field, with Hallock in field position and the team’s other multi-year veteran, Audrey Scribner, in right field. Juniors Mackenzie Bell and Madison LaBerge and freshmen Kyra Emmons and Ava Mullen will see time on the court, according to the coach.

Overall, Scribner is looking forward to a competitive season.

“It feels so good to be able to get out of the diamonds again with the girls,” he said.

But after a number of players graduated in the past two years and a few seniors decided to forgo their final season, only two athletes from this team returned this spring, senior midfielders Txoxa Konzal-Doherty and Elena Bronson.

Only two other full-time players have returned from the 2021 squad, which reached the D-II semi-finals a year ago: senior striker Haley Huizinga and budding midfielder Cassandra Guillemet. New goalkeeper Carly Cook also played his part at the end of last spring.

However, Kelly loved what she saw before the start of the season, and not just because she was “really excited” about growing up in the younger players.

“The whole set is amenable to inclusion,” she said. “We really have to start from scratch, and they are really buying into it. And these upper-class kids are just supporting these players and showing good leadership.”

The roster includes Cook in goal and 13 field players: Kelly said everyone will be watching a long time playing games. 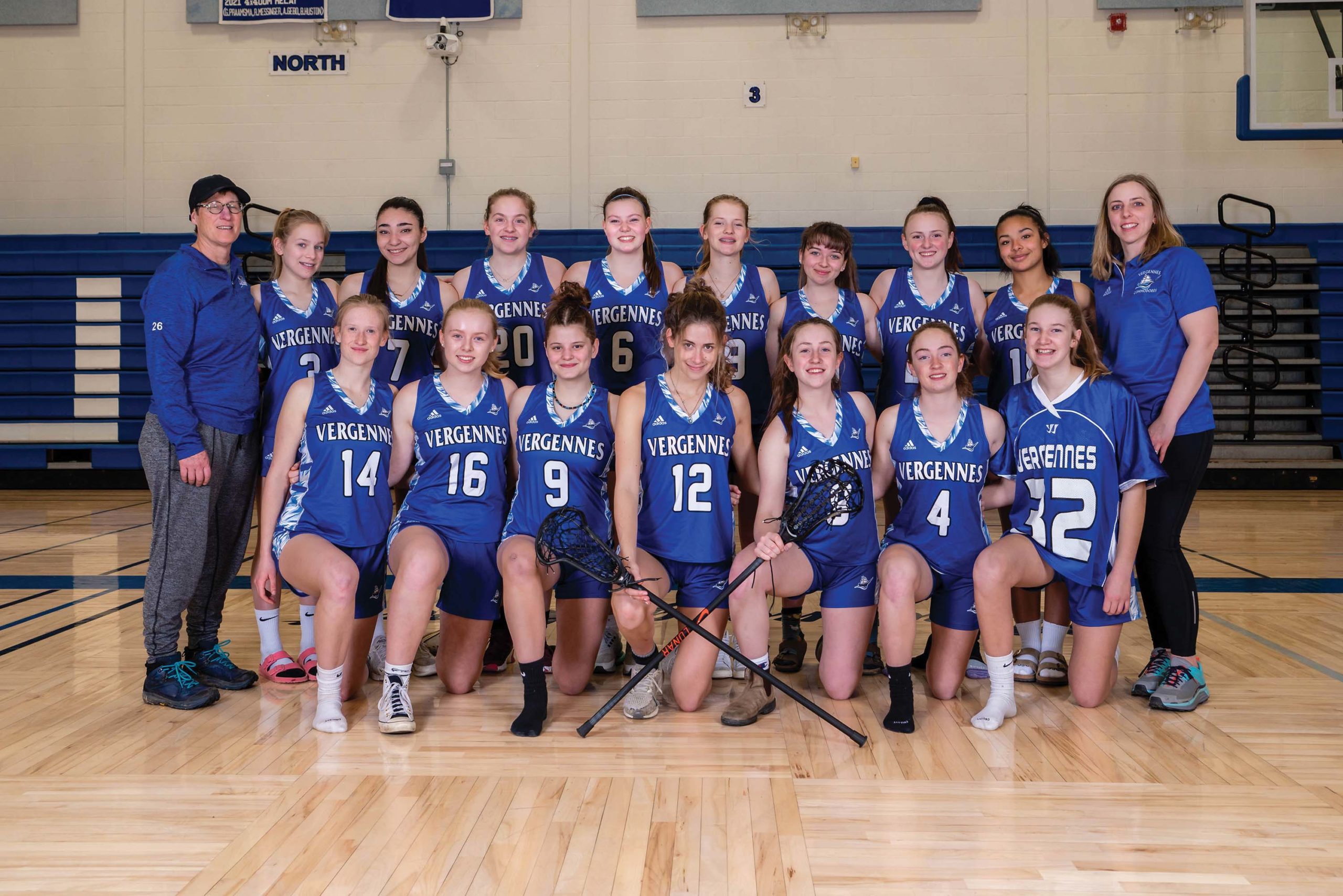 Along with Konczal-Doherty, Bronson and Guillemette, Kelly said she may be rotating players in attack and midfield, including Huizenga and sophomores Annie Duvolt and Emerson Rice.

Kelly expects the team to improve as the season progresses, and points to that as her main goal this spring.

“When you have a young team, growth over the season is what you hope for,” Kelly said, adding, “They work really hard, they’re really adaptable, and from what I’ve seen they really support each other so far. And to me these are the pieces that make it happen. by the time “.

Commodores play a more challenging table, which can improve their play as well.

Play some tough matches, and it will prepare you for the championship,” Kelly said.

After several years as an assistant, Andy O’Brien took over as Commodore Coach this spring. O’Brien has also for years coached middle school youth teams and VUHS youth teams, and also assisted with school hockey at Middlebury Union High School.

He inherited a team that wrestled the past few seasons in D-III, but took a hard hit in graduating, including losing his starting turn in all of 2021.

But O’Brien said the intangibles should help Commodores make the most of their talents.

“There is a kind of change in the mentality, that has led them to be convinced of what we teach them. Every practice is organised. Every training is timed,” he said in pre-season.

“And we’re trying to build the mentality of the team, not the individual. You can’t win as one person on a baseball team. You have to win nine. Only nine come to the table, but everyone on the team has to be a contributor… Almost everyone has a specific role in the game.” The team is now. They are all buying that.”

O’Brien acknowledged that some roles could change, but he shared an outline of how things would turn out. 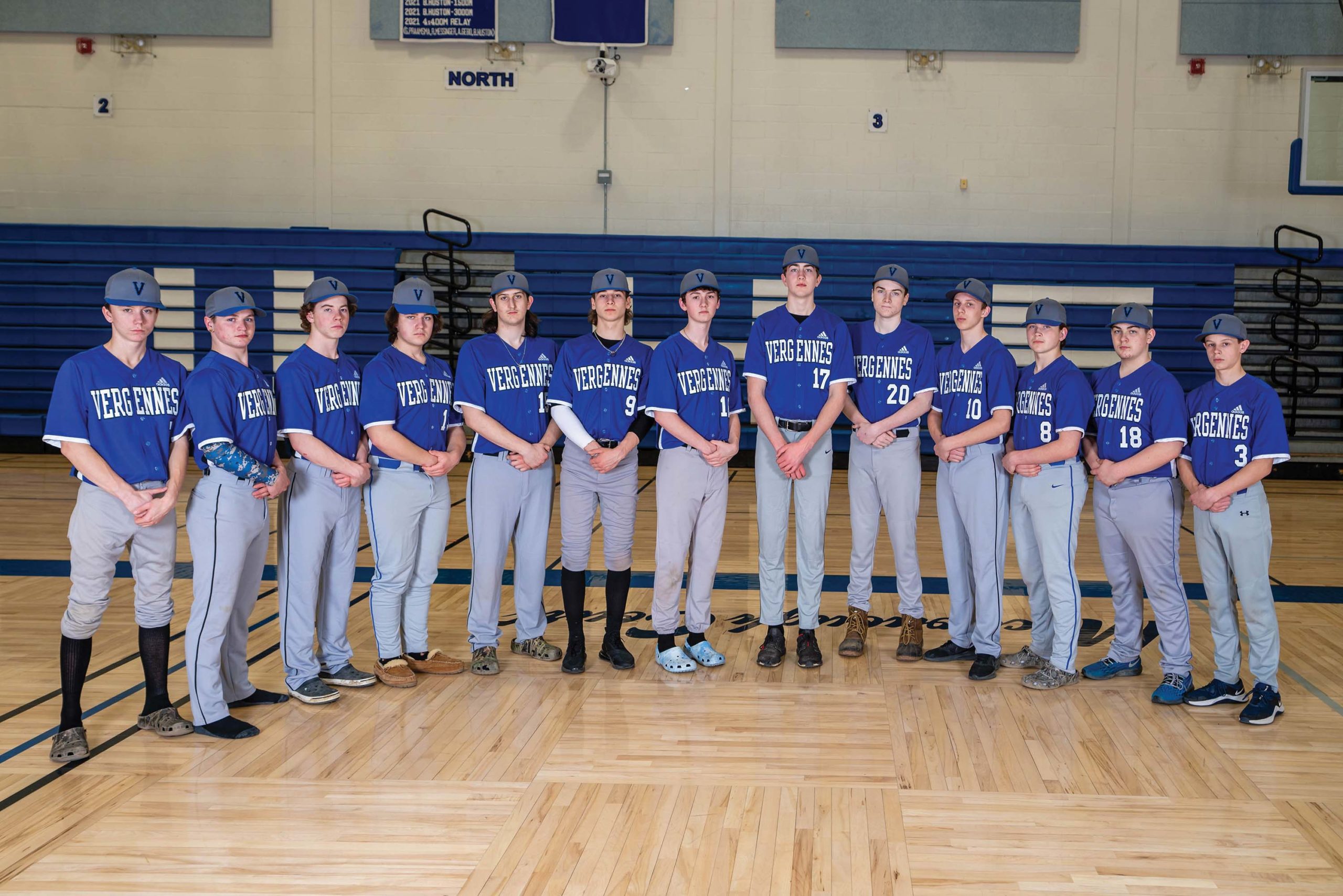 “We’re a young team, but they all saw time on a JV level. In our three weeks, they’ve come a long way,” O’Brien said.

Around the field, O’Brien said first base is somewhat of a question mark, as junior candidates were Jacob Anschmann, Zeke Dubois, Xavier Deblois and sophomore Tyler Kimball.

DeBlois will likely see the time at second base, with Scribner and Peyton Paquette also available there. Dupre is the short stopping point when he’s not on the hill, with Scribner likely to be backup, and second student Eon Timbriol as the likely starter in third. According to O’Brien, Kayhart and Reese Paquette could also see the time on the field.

Richard Cosgrove and second student Logan Beecher are outside players, with Bacon, Scribner, Unschmann, Mosie, Kimball and DuBois also in the court mix.

Defensively, O’Brien expects the Commodore to be solid. At bats and on bases, he said they should be aggressive.

“We have to make our runs. They won’t come easy, so we have to create our chances, and make the most of those chances,” O’Brien said.

Another new coach takes charge of the Commodore track and field program: VUHS instructor Charlie Korneman, a former track and field and soccer coach elsewhere who specializes in throwing events as a competitor.

Meanwhile, Marie Nivinger, coach Marie Nivinger, a VUHS track and field coach for cross-country and boarding, will lead the VUHS middle school program, which includes 31 athletes, promising the future of the university’s program.

Kornman oversees a college team with a small number – 10 athletes, few of whom have college experience.

Despite the number of athletes, he is working with Neffinger to add more options to a program that focuses heavily on running. Several workers picked up either the discus or the shot last winter and particularly this spring, plus some looked at jumping, at least on the middle school side.

“Some specialized sessions, for jumping and throwing, we might confuse middle school and high school,” Korneman said.

On the other hand, he said the Commodores came with positive behaviors and open minds.

“They are excited about the season, and they are really excited to try some new things,” Korneman said.

The team has two seniors: pre-season Madeleine Degraaf was looking forward to running at 200 and 400 metres, while Christopher Terrain is an experienced distance runner who is more likely to run at 1,500m and can run as far as 3,000.

Sophomores Calvin Gramling, Ryder Messinger and Calder Rakowski all have experience in the middle distances and can run in the 400 and 800; Gramling and Rakovsky were among those who tried the disc.

Sophomores Riley Gagnon and Ethan Croke are candidates for the 200- and 400-meter run, at least to begin with, and will join sophomores in the competition to form a new VUHS quad team in the boys’ 400 relays.

Freshman Gray Fearon is a middle- and long-distance runner who has also thrown a shot this winter and may start throwing the discus as well, according to Kornman.

DeGraaf is joined by freshman girls Rory Couture, a runner, and Torrey Hanna, who Kornman said can run an 800 and throw a discus.

Kornman looks forward to working with the Commodore this spring.

“It’s not a huge group, but they do cross-country and tracking work together, many for years,” he said. “It’s a great group.”